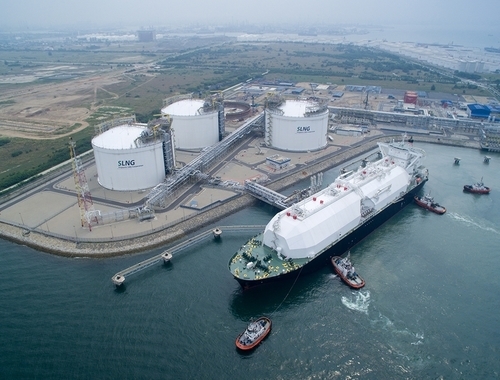 About 95 percent of Singapore’s electricity today is generated by natural gas. Playing a large part in powering Singapore is our first Liquefied Natural Gas (LNG) Terminal, which began operations in May 2013 on Jurong Island. Instead of relying only on pipelines, the Terminal allows us to import natural gas from just about anywhere in the world and helps to strengthen our energy security. The Terminal operates on a 24/7 basis to provide natural gas mainly to the power generators in Singapore. To meet growing gas and electricity demand, work is ongoing to install an additional storage tank of 260,000 m3. This will be among the largest LNG storage tanks in the world, and will further increase the Terminal’s throughput capacity to around 11 million tonnes per annum (Mtpa). Studies have also been initiated to explore the possibility of building a second LNG Terminal in Singapore. Throughout, EMA engineers will collaborate with industry players and other government agencies to ensure that this critical national infrastructure keeps the lights on for Singapore.

The Terminal offers a wide range of engineering opportunities. From the technical to the safety aspects, Energy Market Authority (EMA) engineers help to design, develop and manage the complex operations of a multi-billion dollar plant. They will also be able to tap on the expertise of a taskforce comprising engineers of different disciplines. EMA had established the taskforce to ensure the Terminal’s smooth integration into the existing gas and electricity system.

The Singapore LNG Terminal is unique in many aspects of its design, for which it has won a number of awards such as: 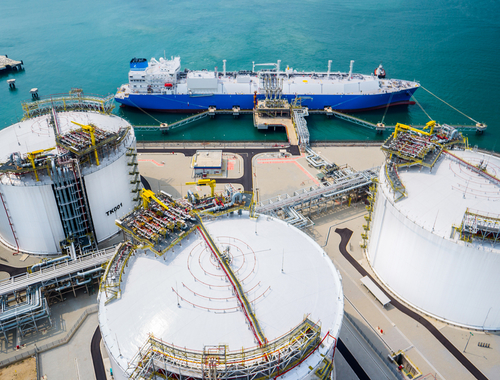 The Terminal is designed with state-of-the-art equipment, controls and safety systems, and is built to Best Engineering standards. It is currently capable of delivering up to 6 Mtpa of re-gasified LNG to the Singapore gas network. Three 180,000 m3 LNG storage tanks of Full Containment type offer the safest way of storing large volumes of LNG. The LNG is pressurised and then vaporised to gas using heat available from seawater. This is not only energy-saving, but also environmentally-friendly as unwanted debris is removed from the seawater. Before the water is returned to the sea, its temperature is also slightly reduced to a level more conducive to marine life.

Other innovative features not commonly found in other similar LNG terminals include:

The Terminal is designed to perform both unloading and reloading with equal reliability and efficiency. The Boil-Off Gas (BOG) compressors have a built-in 3rd stage for sending high pressure gas to pipeline. The 3rd stage can be operated in parallel with the 2nd stage to provide additional BOG capacity. Variable Frequency Drives (VFD) are used in some of the in-tank pumps, high-pressure LNG pumps and BOG compressors to allow reduced energy usage.

A Power Management System (PMS) is implemented at the Terminal to further optimise power consumption. The Terminal is designed with ease of future expansion in mind, and pre-investments have been made in equipment and infrastructure to achieve optimum economics in capacity expansion. 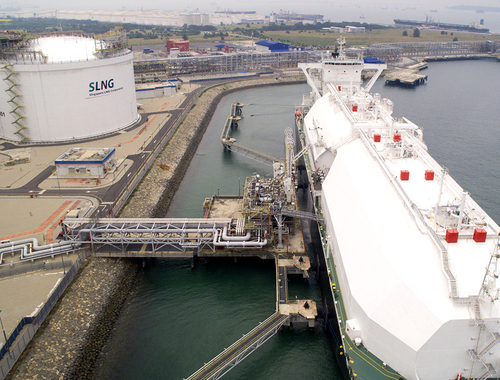