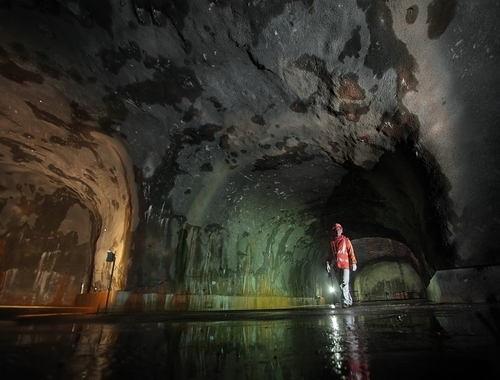 Jurong Rock Caverns (JRC) is the first commercial underground rock caverns facility for storage of liquid hydrocarbons in Southeast Asia. Located 130 m beneath the Banyan Basin at Jurong Island, the JRC stores up to 1.47 million m3 of liquid hydrocarbons, a capacity equivalent to 600 Olympic-sized swimming pools. Liquid hydrocarbons such as crude oil, condensate, gas oil and naphtha can be stored in JRC.The facility ensures the security of the products in storage and translates to a savings of approximately 60 hectares of land, which could be used to house higher value-added activities such as petrochemicals manufacturing activities. In 2015, JRC was conferred the Institution of Engineers Singapore’s Prestigious Engineering Achievement Award.

With the JRC project, JTC spearheaded a new paradigm by going into great subterranean depths to overcome land constraints and construct space underground. Most of Singapore’s man-made subterranean structures are at most 50 m underground. Located 130 m below the ground, JRC is the deepest known underground public works endeavour in Singapore to date.

Excavation works carried out at such depths present significant challenges, and adding to this complexity is the challenge of having to construct the caverns 130 m beneath the seabed. One of the major challenges is the unpredictability of geological conditions resulting in potential poor ground conditions as well as significant water seepages encountered during excavation works. Extensive mitigating measures to address this risk have been implemented.

CONSTRUCTING CAVERNS AS TALL AS BUILDINGS

The team employed cutting-edge construction methods to build five nine-storey high caverns, 9 km of tunnels, as well as piping networks with supporting utilities. In the process, 3.5 million m3 of rocks were removed.